To give up, or to start again 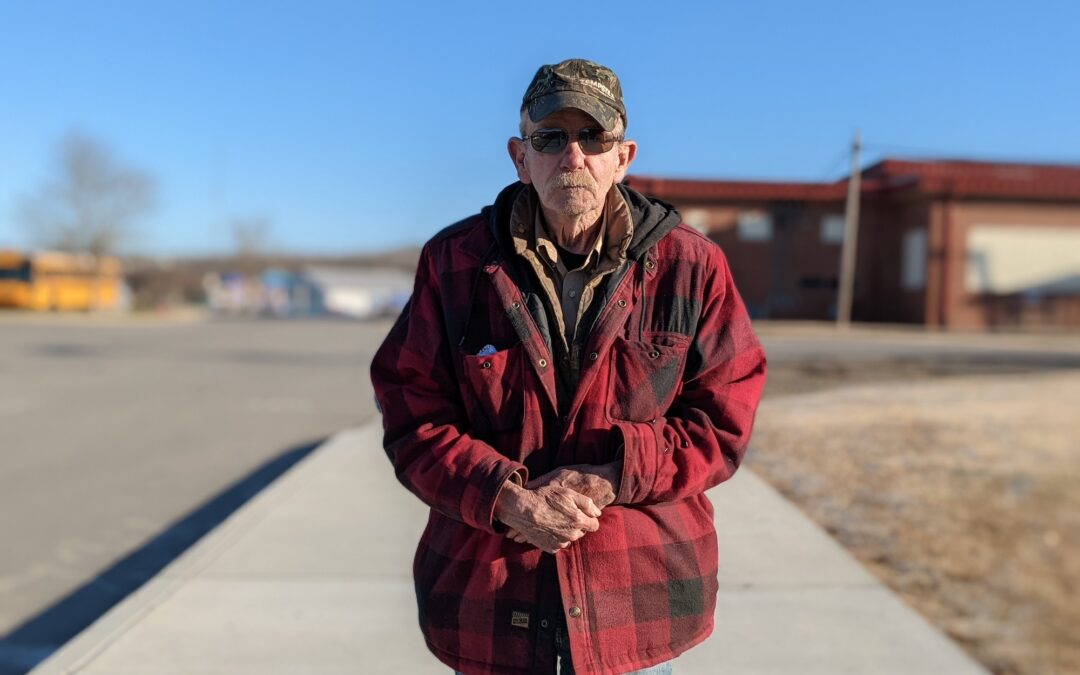 When faced with the choice to start back at the beginning or to give up, what do you choose? James chose to start again.

We met James when he stepped out of the porta-john at our distribution site and declared, “Man, that was a terrible elevator.”

“You’ve got to have a sense of humor,” he said after everyone had a good laugh. “I think you’d lose your mind if you don’t.”

James described himself as a head-injured person. He was in an accident many years ago, and he lost all memory of his life and spent six months in a head wound recovery center. He had to learn how to cook again, how to drive again.

“I did remember my sons and how much they meant to me, but I lost everything else,” he said. “I’ve been relearning and trying to rebuild my life, and I feel blessed. I’m not complaining at all. I’d rather not have taken that side road, but it was given to me as kind of a challenge to see what I’d do with it, and I’ve made it so far.”

James used to be an exterminator, and a mighty good one at that. He’s retired now, and he shared that finances are more than a little tight as gas prices rise, utility bills rise, grocery prices rise.

“It is such a blessing to get that food,” he said as he waited in line at our distribution. He chuckled: “I never thought retirement would be like this, but best laid plans of mice and men.”

In a way, though, James is still working. Since his accident, James decided to spend his time learning about as much as he can. He’s particularly interested in psychology.

“Humans are amazing animals,” he said. “I saw people at the hospital where I was that had given up. And I didn’t know what to do, and I was lost and everything, but I wasn’t going to give up. And I wasn’t going to lose my faith. I had to hang onto something.”

Thank the Lord James continues to fight for forward motion. What a delight he is.