Six months after the flood 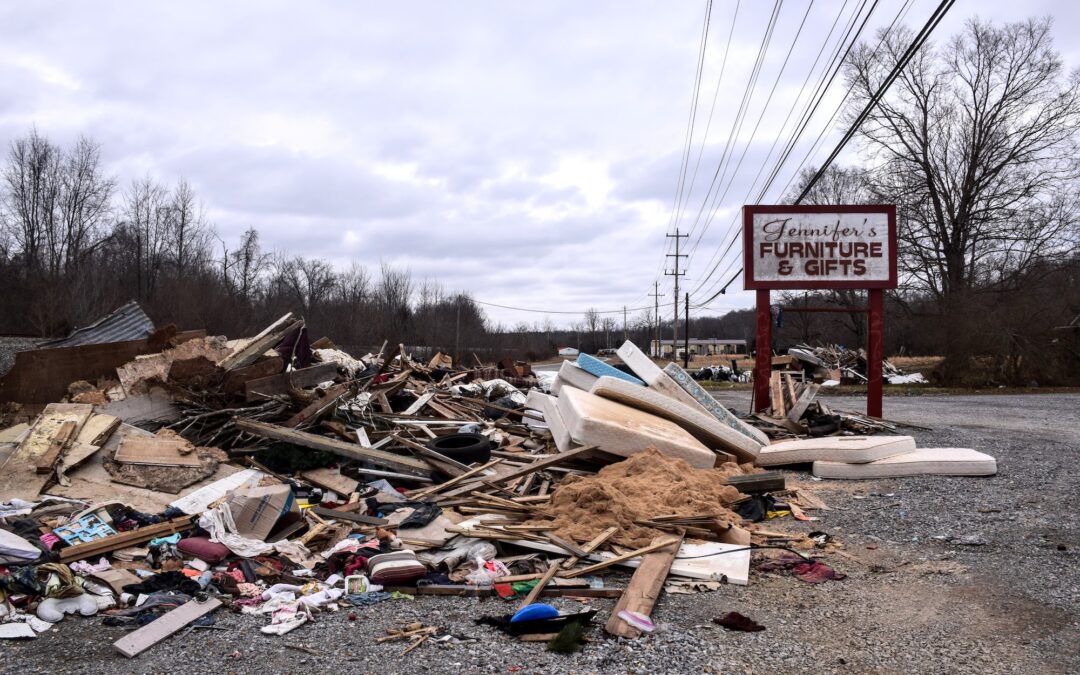 “I’m okay. I’m still living in my shed, but I’m okay,” Gary said as he waited in his car to receive food.

“I assume your house was impacted by the flood?”

You don’t see the wreckage in Waverly until you’re surrounded by it. As you drive the hilly roads into the city, the buildings seem to be in pretty good shape until you dip into a valley, where there are hardly buildings at all, just piles of drywall, insulation, and belongings that no longer belong to anyone.

Pulling off of Highway 70, a house stands with its walls peeled away from the foundation. A small pink Croc shoe sits outside. A Christmas tree bough sticks out from the pile of cinder blocks. A blanket has spilled out of a washing machine and wrapped itself around a beam, revealing that the sudsy whirlpool inside was no match for the muddy one brought in by the rain.

Stepping into what used to be a living room still feels like an invasion of privacy, though no one has lived in the house for months. A ceiling fan hangs overhead. A toy soldier lies abandoned in the dirt. No one uses the door anymore. Only the wind.

“It just takes forever to build back,” said Humphreys County Sheriff’s Deputy Grant Hubbell. “Not very many people have been able to build yet, so hopefully this summer they’ll start rebuilding.”

It’s been six months since the flood. 271 homes in Humphreys County were completely destroyed by the water. Over 500 were impacted. At our first food distribution in Waverly, we served 30,000 pounds of food to 288 households.

“There’s been a lot of outpouring of love in this community,” Gary said.

The second Saturday of every month, we hope to join in that outpouring.