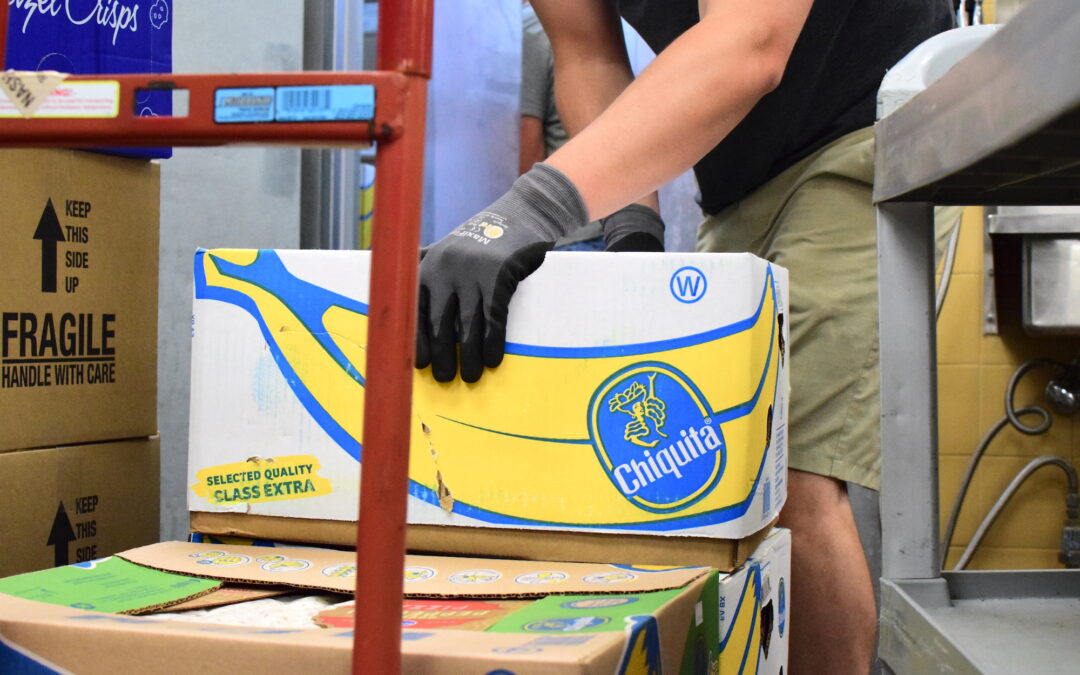 “When I have an opportunity, I tell people, ‘Don’t give up on people. Plant seeds.’”

This is the story of one of our First Responders. Six days a week, this First Responder is out driving our refrigerated trucks and rescuing quality food from grocery stores that would otherwise go to waste. He loves what he does, and everyone who works with him appreciates his warmth and how he regularly checks in on people — how they’re doing, how their sister or son or dog is doing.

It wasn’t that long ago, though, that he would tell you his outlook on life was completely different.

“I was a committed agnostic until I was 39 years old,” he said. “I felt like I was being dishonest with myself if I said I believe something I could not prove.”

As a person driven by evidence and the scientific method, he said sometimes people would try to convince him into Christianity, but that only made him question them back until they had no more answers.

“It almost made me that much more committed to scoffing at it,” he said. “Every time you hear a story about a pastor that’s engaged in something terrible, you think, ‘Oh, dude, there’s no way that you can believe that God is real.’”

One day, one of his friends shared his testimony with him. No strings attached, just a story.

Or so he thought. About a year later, a doctor gave his sister a diagnosis that brought him to his knees. He ran out to his car in the dark hospital parking lot so his sister wouldn’t see him break down. He described it as a “totally coming apart experience,” and in that moment, despite his beliefs and rationale, he remembered his friend’s testimony.

“Suddenly, I knew. While I couldn’t prove it by the scientific method, I could tell you Jesus is real. And I didn’t hear him audibly, but he let me know that everything was going to be okay one way or another.”

Because of his background, he is familiar with all the reasons Christianity may be abrasive to someone, so rather than trying to convince people like many unsuccessfully did with him, he seeks to join in the work God has called him to by serving others.

“This job has just opened my eyes to people who just give up their time and give in other ways to be a part of what Jesus tells us to do, and that’s to help people.”