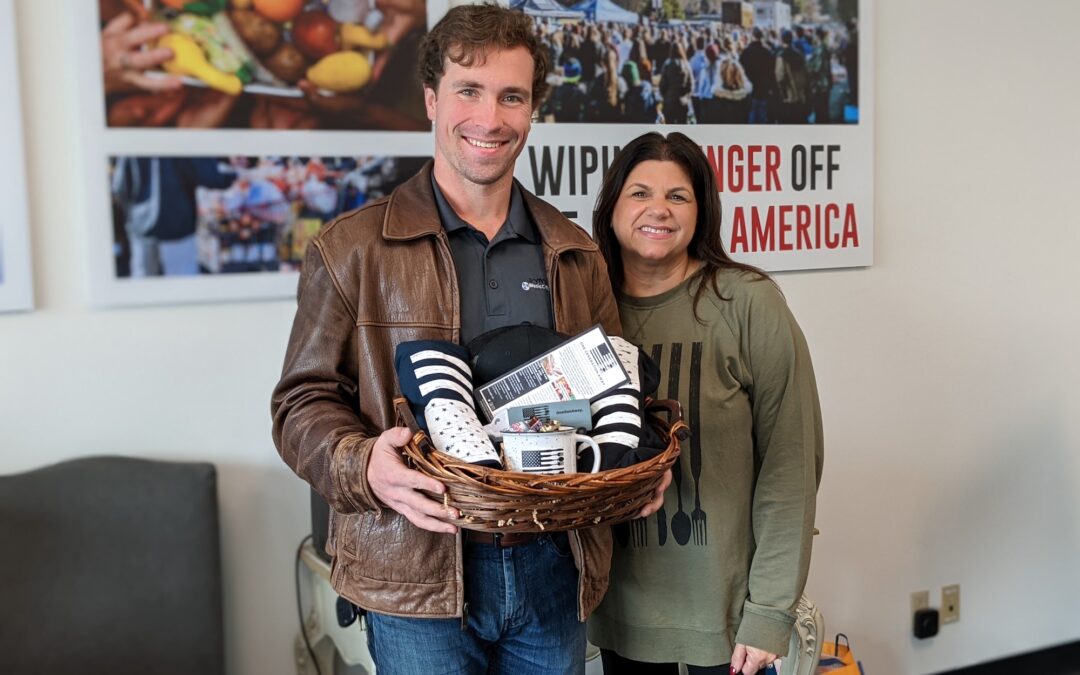 Timothy Myles, a Nashville-based singer-songwriter, was captivated by One Generation Away last year when he heard the nonprofit’s executive director Chris Whitney speak on the radio about his vision of wiping hunger off the face of America. He had the opportunity to see Chris’ words in action when he came to one of OneGenAway’s weekend food distributions.

“That’s the thing I love about this organization. It’s a ministry, but it’s so action-forward,” Timothy said.

The work of OneGenAway connected with Timothy so much that he decided to donate tips from his shows and writer’s rounds to further its mission. He raised $1,669!

In addition to his music career, Timothy has a history working in composting. In that industry, he learned that 30% to 40% of America’s food supply goes to waste1 — and yet over 10% of households are food insecure2. As OneGenAway rescues fresh, healthy foods from restaurants, caterers, farms, and grocery stores to give to those experiencing food insecurity, the team is inviting the community to be part of the solution.

“OneGenAway is on ground zero of where this problem needs to be solved first,” Timothy said. “They’re accessible, and I also love how it’s no questions asked. You pull up; you get food.”

This no-questions-asked policy is part of OneGenAway’s mission to bring hope, dignity, and honor to through food. No matter how much money is in the bank, no matter one’s employment status, no matter how nice one’s car is, if someone finds themselves in a period of food insecurity, OneGenAway is ready to offer a cartful of food and a blessing.