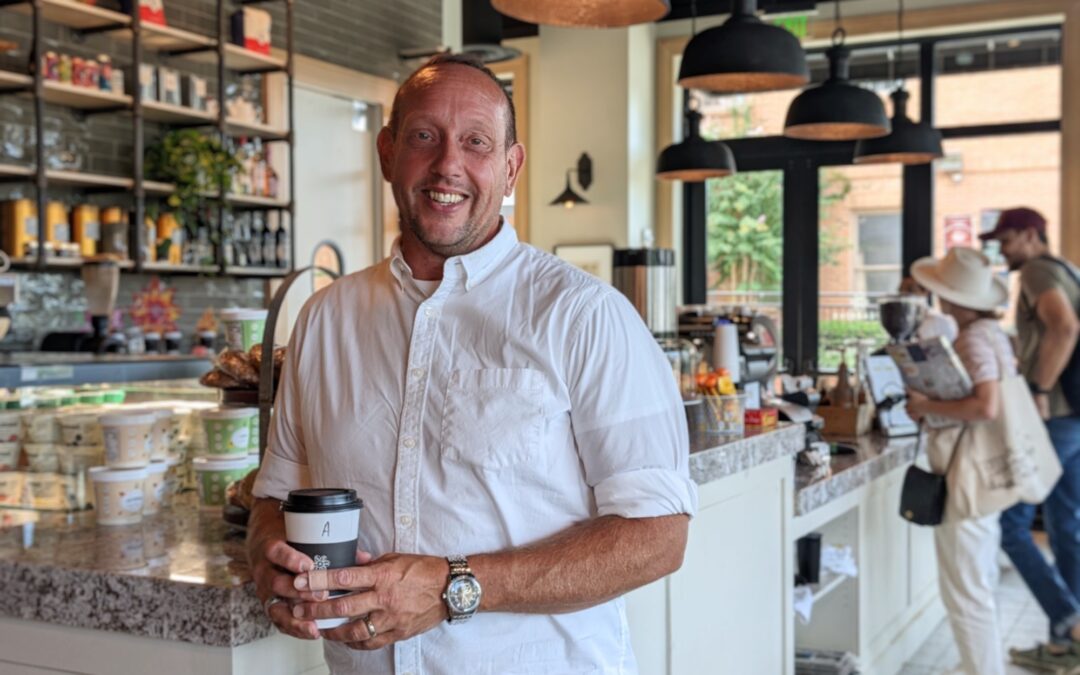 Mr. Richard was one of the first Dashers to pick up and deliver bags of food for The Doorstep Pantry, but that wasn’t the beginning of his relationship with OneGenAway.

Mr. Richard has been volunteering with OneGenAway since 2018 when a friend called him up and asked if he could go on a disaster relief trip at 6 a.m. to Panama City, Florida, following Hurricane Michael. He said “sure,” and over the course of the trip, he was hooked.

“Just to see the look of relief on someone’s face when they receive food … I immediately fell in love with it,” he said.

His heart for people simultaneously ached and was uplifted as he shared food with new friends in Panama City and later with his neighbors in Franklin. Now, he has served his community alongside OneGenAway in a new way — through home delivery.

Mr. Richard has a particular love for OneGenAway’s “no questions asked” policy — no one has to earn their food through payment or trade, and no one has to prove their need.

“I remember watching my mother struggle just to put food on our table,” Mr. Richard said.

He recalled his childhood church had a food pantry that offered food to those in need, but each recipient had to put in a certain number of working hours at the pantry to earn the food. Mr. Richard felt a sense of injustice watching his mother work a full-time job, take care of her children at home, and then go to work at the food pantry just to get enough food for her family.

In serving at OneGenAway’s Mobile Pantry and as a Dasher picking up orders for The Doorstep Pantry, Mr. Richard is able to give freely to his neighbors who are in times of need — no questions asked.

Thank you, Mr. Richard, for your heart for people. We are so grateful to partner with servants like you.